"Dilemmas with Dinner" by Robin Roberts

"DILEMMAS WITH DINNER" by ROBIN ROBERTS

Come join us this spring at The Halle for another hilarious comedy drama with the Peak Ensemble Players, directed by Kathleen Rudolph!

Junior executive Brooke invites her boss and his wife over for dinner in the hopes of securing a promotion. While frantically getting ready, Brooke and her husband discover that the hired help is coincidentally the boss’ ex-daughter-in-law. Just when it seems everything that could go wrong has gone wrong, Brooke’s boss has an unfortunate announcement to make -- though not as unfortunate as the candlestick attack, appetizer toss, and general chaos that then ensues... Tickets on sale now! 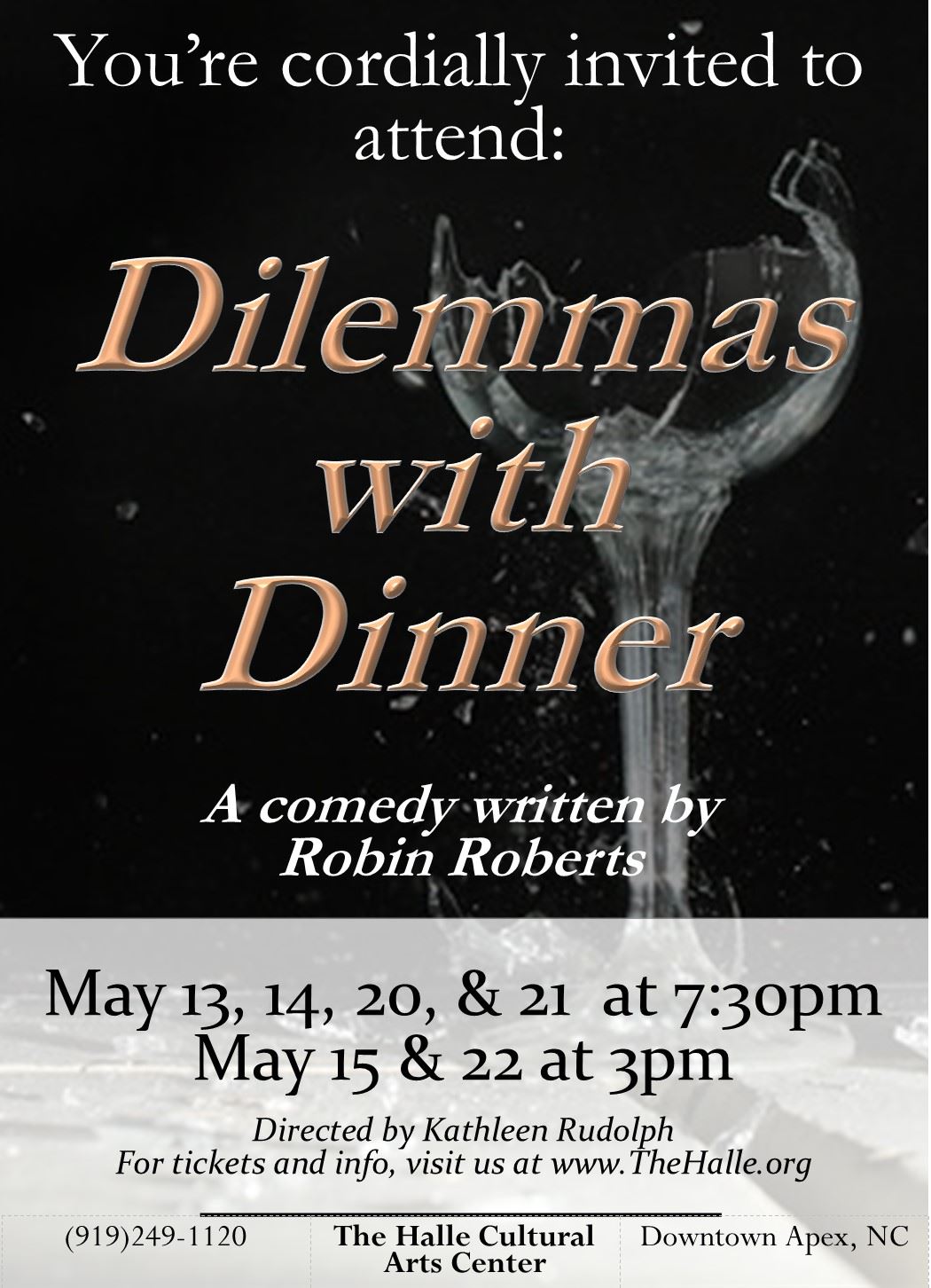 Check out this interview with Lights Up!